Wearable technology in elite sport has become synonymous with performance management in the last decade, and teams have become more and more reliant on the data output to determine the physical welfare of their athletes. A lot goes into these technologies, but given the speed and change of direction of professional athletes, and the subsequent demands of the technology to ensure its precision matches the speed of what it's tracking, there has been a lot of research done on the sampling rate of athlete tracking technologies. When it comes to the sample rates of satellite-based athlete tracking technologies, it’s often assumed that devices with higher rates are able to achieve greater levels of accuracy. In reality, the situation is far more complicated than that. 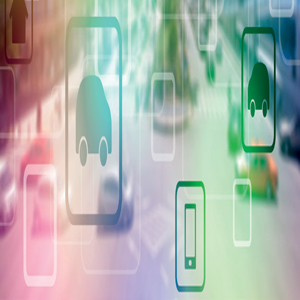 Expressed in Hertz, the sample rate of GPS technology is the number of times per second that the chipset and satellites communicate to establish the device location. For example, a device with a 1Hz sample rate receives location once per second, while a 10Hz device receives it 10 times per second.
On the face of it, it might seem reasonable to assume that higher sample rates are superior, but that’s not generally the case. In fact, the sample rate is just one of many factors that contribute to the accuracy of a GPS device and higher rates can even negatively impact on performance. In addition to an optimal sampling rate, device accuracy is determined by chipset quality, a number of satellite constellations, antenna selection, antenna orientation, and the embedded software and specialized filtering. With GPS/GNSS chipsets, a higher sampling rate generally means fewer satellite constellations. For example, a chipset may run at 5Hz with three constellations, 10Hz with two, or 18Hz with a single constellation. Beyond this, some providers may look to augment the GPS/GNSS samples to further elevate the reported sampling rate. One such alternative is to interpolate (create and inject) data between true GPS samples. There are a few methods here, one being straight mathematical interpolation (basic maths to add samples between real data points). Another is to use inertial sensor data to assist in the interpolation, a process known as sensor fusion. Both methods create the perception of additional data points, but as yet there is no evidence to suggest that they improve data accuracy. In terms of our own technology, we currently utilize a 10Hz sampling rate with multiple constellations for our wearable devices. This configuration was chosen following significant analysis that revealed 10Hz to be optimal in terms of both performance and accuracy when paired with the market-leading chipset. 18Hz was an option, but it would have restricted the devices to GPS-only constellations and rendered them unable to deliver premium accuracy levels. Technology continues to advance rapidly in the field of athlete monitoring. Higher sampling rates may be a viable option in the future, but not at the expense of reducing satellite constellations. At Catapult we are committed to constant improvement and innovation as we continue to deliver cutting-edge solutions to our clients around the world.

The nucleus of customer-driven transformations

Smart Urbanism and an All-Digital Economy as Necessity, Not a Futuristic Dream

How to Cope with Covid19 Market Meltdown

How to Successfully Pitch Your Idea to a VC

The Rise of B2B Fintech in Southeast Asia

How Technology Fuels The Future Of Work

Does Your Organization Have The Passion To Thrive?